To share your memory on the wall of Nick Hammerlun, sign in using one of the following options:

Wilbur Dwight “Nick” Hammerlun Jr. was born July 14, 1943 to Wilbur Dwight and Opal (Boshart) Hammerlun in O’Neill. He graduated from O’Neill High School in 1961. While in High School, Nick was active in FFA and liked to show cattle. After graduation, he worked on the family farm.

After returning to O’Neill, Nick met Lucille Schulte at a Parents Without Partners group. They married on September 13, 1980. Nick adopted Lucy’s two children; Lisa and Mike. Nick worked for the City of O’Neill for almost 20 years before retiring in 2009. After retirement, he drove school van and owned Hammerlun Monuments, where he sold cemetery monuments.

Nick was a member of First United Methodist Church in O’Neill, Compassionate Friends, Jaycees, and Freemasons. He enjoyed fishing, hunting, gardening, baking, cooking (especially inventing new recipes), spending time with grandkids, and dressing up as a clown or Santa Claus.

Nick was preceded in death by his parents; his first wife, Alpha and children, Patti, Peggy, and Nicklas; and special nieces, Nicole Bennett, and Emily Reiser.

To send flowers to the family or plant a tree in memory of Nick Hammerlun, please visit our Heartfelt Sympathies Store.

Receive notifications about information and event scheduling for Nick Hammerlun

There are no events scheduled. You can still show your support by sending flowers directly to the family, or planting a memorial tree in memory of Nick Hammerlun.
Visit the Heartfelt Sympathies Store

We encourage you to share your most beloved memories of Nick Hammerlun here, so that the family and other loved ones can always see it. You can upload cherished photographs, or share your favorite stories, and can even comment on those shared by others.

Steve, Teri, Amanda, Brady, and Nate Brown, Everyone at Reiser Insurance Group, and other have sent flowers to the family of Nick Hammerlun.
Show you care by sending flowers

Posted Oct 13, 2020 at 01:33pm
Lucy, Pam, John and families: I have lost a true friend in Nick. I saw him grow up and over the years in one way or another we kept in touch (mostly through families). He had endured a lot in his life and knew that God had brought him through it. He always had a smile and a smart remark! I will miss his telephone calls and facebook messages. Bless you all in the days ahead and toss those great memories around to help with the healing. He is never far away! Love you all!
Comment Share
Share via:
BH

Posted Oct 11, 2020 at 03:52pm
My Sympathy to Lucy and the entire family. I always considered Nick a good friend. When Nick was in charge of taking care of the O'Neill Parks and Cemetery they looked very nice and cared for, a lot has changed over the years after Nick retired. RIP Nick.
Bob Heese
Comment Share
Share via:
LW

Posted Oct 01, 2020 at 08:11pm
Our sympathy to Nick's family,
Great memories of when you used to live in our neighborhood and we saw the kids often. Nick was always around school and at school events. We always enjoyed seeing him. I know he didn't have an easy life and hope you can hold all the best events in your memories. Sometimes there is nowhere to turn but to the Lord and we hope you are doing that now. Take care and God bless and keep each of you. The Wiekamps
Comment Share
Share via:
SB

Posted Sep 30, 2020 at 10:22am
Lucy and family, Our thoughts and prayers are with you during this difficult time.

Posted Sep 29, 2020 at 11:24pm
Lucy and family, so sorry to hear of the passing of Nick. I got to know Nick thru Compassionate Friends. He was truly an inspiration of moving on after tragedy. May God wrap you in His arms and give you strength and comfort in your time of need. Joan Sage Ramold 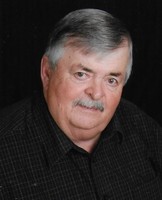