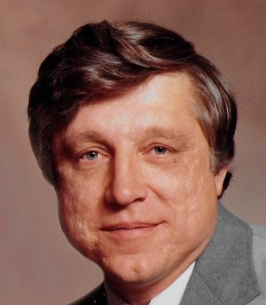 A Funeral Mass for Thomas Zakrzewski, age 80 of O’Neill, will be 10:30 am Saturday, July 2, 2022 at St. Patrick’s Catholic Church in O’Neill with burial to follow in the O’Neill Cemetery.  Father Bernard Starman will officiate.  Visitation will be from 5-7 pm Friday, July 1, 2022 at Biglin’s Mortuary in O’Neill with a 7 pm Parish Rosary.  Tom passed away on Sunday, June 26, 2022 at Arbor Care Center in O’Neill. Memorials may be directed to his family for future designation.  Arrangements are entrusted to Biglin’s Mortuary.

Thomas Lou Zakrzewski was born on November 18, 1941 to Thomas and Helen (Yelli) Zakrzewski in O’Neill, NE. He attended St. Mary’s Academy, graduating in 1959. After graduation, he drove truck for his father for several years before going out on his own and starting TJ Trucking, where he mainly hauled hogs and cattle.

Tom met Sharron Strong at Seger’s Café where she was working as a waitress. The two married at St. Patrick’s Catholic Church in 1962. Tom gained Sharron’s four children: Deb, Dan, Dennis, Don, and then they were blessed with four more children: Dianna, Evan, Tom ‘Tucker’, and Natalie. The couple made their home in O’Neill.

After Tom sold his trucking business, he drove truck for the tomato plant and also hauled grain for local farmers.  Tom had a love for being on the move and he will always be remembered for driving around O’Neill in his green pickup. He also loved to fly his two planes whenever he could.

Tom loved to spend time with his family, especially his grandchildren. He went on several fishing trips and was an avid storm chaser. Tom was a member of St. Patrick’s Catholic Church.

Tom is preceded in death by his parents; his wife, Sharron in 2016; daughter, Dianna Zakrzewski in 2007; grandson, Michael Nekolite; and brother, Ronnie Zakrzewski.