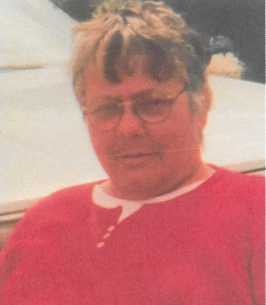 Funeral Services for Shirley (Farewell) Clayton, age 71, of Chambers, NE will be 11:00 am Saturday, September 4, 2021 at Biglin’s Mortuary in O’Neill, NE. Burial will follow in the O’Neill Cemetery. Visitation will be on Saturday from 10:00 am until the time of the service. Shirley passed away on Wednesday, September 1, 2021 at Arbor Care Center in O’Neill, NE. Memorials may be directed to the family for future designation. Arrangements are entrusted to Biglin’s Mortuary of O’Neill.

Shirley Ann Kilcoin was born in O’Neill, NE on February 21, 1950 to George and Maude (Crofutt) Kilcoin. She attended school in O’Neill. She married Delbert Ray Farewell on May 17, 1972 and to this union, seven children were born: Patrick, Eugene, Stephanie, Tina, Joseph, Debra, and Crystal. Ray passed away in 1983. Shirley married Jerry Clayton in 1997 and together they enjoyed life with his 3 children: Deb, Louise, and Jerry, Jr. and Shirley’s nephew, Richard Buxton, who was like a son to them.

Shirley loved Husker Football, fishing, and garage sales, but her true love was her family and helping others. She opened her doors to anyone that needed anything and she will truly be missed by all who knew and loved her.