To share your memory on the wall of Robert Prill, sign in using one of the following options:

Robert L. Prill, youngest child of Ralph and Bertha (Carpenter) Prill, was born January 15, 1931 at their farm home northeast of Page, Nebraska. His siblings were brother Don and sisters Margaret and Marian.

Bob attended District 23 rural school through the 8th grade. He graduated from Page High School in 1948. In April 1952 Bob was inducted into the 832nd Engineering Aviation Battalion at Beale Air Force Base in California and stationed at Fort Wainwright Military Base in Fairbanks, Alaska before being honorably discharged in February 1954. From 1954 to 1959, Bob was employed by the Metz Baking Company, Dobson Roberts Construction Co. and White Motor Company.

Bob married the love of his life, Brenda Beelaert on May 24, 1959. Their first home was northwest of Page. In 1963 they purchased a farm south of Stuart residing there for 50 years. The Lord blessed their marriage with five children, Scott Robert, Shane Jay, Shelley Faye, Samuel Harry, and Amy Lee.

For years Bob farmed, raised cattle, and had a milking operation. In 1983, Bob purchased a windshield repair business and repaired windshields in a large area for 23 years. He enjoyed restoring antique wooden windmills and gas pumps and collecting antiques.

Bob will be remembered for his loyalty and the love for his wife and family. He was a faithful friend known for his dry sense of humor. The impact he had on the lives of those around him will leave a lasting legacy of hard work and dedication. He always strived for excellence in all he did and will be greatly missed but always remembered with love & respect.

To send flowers to the family or plant a tree in memory of Robert Lewis Prill, please visit our Heartfelt Sympathies Store.

Receive notifications about information and event scheduling for Robert

We encourage you to share your most beloved memories of Robert here, so that the family and other loved ones can always see it. You can upload cherished photographs, or share your favorite stories, and can even comment on those shared by others.

Posted Mar 23, 2021 at 04:33pm
Brenda and Family, I am so sorry to learn of Bob's death. Oh, so many years ago I remember you and Bob from showing cattle and being so involved in 4-H. He touched many lives and will be missed. Lean on family and friends in the days ahead.
Comment Share
Share via:
TF

Posted Mar 23, 2021 at 02:14pm
Brenda and family: We are so sorry to hear of the death of Bob. Our thoughts and prayers are with all of you in the days ahead. Our deepest sympathy
Comment Share
Share via: 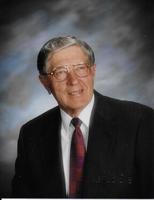