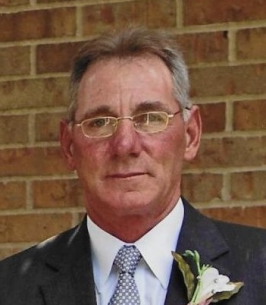 A Memorial Mass for Robert (Bob) James Babl, age 63, of Le Mars, IA will be 10:30 AM Thursday, July 15, 2021, at St. Patrick Catholic Church in O’Neill, NE with Rev. Bernard Starman officiating. Inurnment will follow in the O’Neill Cemetery. Visitation will be Wednesday from 5-7 PM at Biglin’s Mortuary in O’Neill with a Parish Rosary at 7 PM. Bob passed away on Friday, July 9, 2021 at Avera McKennan Hospital in Sioux Falls, SD. In lieu of flowers, memorials may be given to the family. Biglin’s Mortuary is in charge of arrangements.

Robert James Babl was born on May 23, 1958 in O’Neill, Nebraska to Wendell and Ramona (Schneider) Babl. He grew up on the family farm with his mother, father, and 12 siblings. He attended a one-room country school house until the 8th grade and then finished his high school years at O’Neill High School, graduating in 1976.

After high school, Bob moved to Lincoln to attend college and was working at a law firm when he met his soon-to-be wife. On June 14, 1986 Bob married Wendy (Emmons) Klein. They resided in Denton, NE and on June 25, 1987 they gave birth to their first, and Bob’s only child, Heather Renee. They moved to Lincoln, NE and bought their first home together. The couple later divorced. Bob became a grandfather in March 2015 when his grandson Graham Oliver Duff was born.

Bob had worked construction a majority of his adult life. There was no doubt he was a strong, hardworking man. He worked endless hours in the heat of the summers and had a beautiful tan to prove it. He worked on several different projects from large commercial projects to smaller residential projects. If there was ever a dangerous or risky project to be done, you could expect to see him stepping up to take care of the job.

Bob’s hands were those of a hard working, strong and talented man. In his free time, he enjoyed building beautiful furniture for friends and family. He also spent many hours keeping his truck in immaculate condition. He enjoyed watching old westerns, listening to classic rock, spending time with his family and fueling his sweet tooth with cookies and candy. Bob was also a very gifted athlete and set many records in track & field and football, some he still holds to this day. However, he has always considered his greatest gift was his talent with woodworking.