To share your memory on the wall of Richard Grimes, sign in using one of the following options:

Richard Russell Grimes was born on September 22, 1941 in Chambers, Nebraska to Glen and Pauline (Russell) Grimes. He graduated from Chambers High School in 1959. He always loved horses so he decided to go to Farrier School in the Black Hills to learn how to take care of Horse’s feet. Working as a farrier allowed Richard to work at many of the Horse Race tracks around the Midwest.

When Richard retired, he moved back to the Chambers area. He enjoyed fishing and liked to hunt. He was also a skilled welder and built a statue out of medal.

Richard was preceded in death by his parents and his sister, Darlene (Ralph) Adams.
Read Less

To send flowers to the family or plant a tree in memory of Richard Russell Grimes, please visit our Heartfelt Sympathies Store.

Receive notifications about information and event scheduling for Richard

There are no events scheduled. You can still show your support by sending flowers directly to the family, or planting a memorial tree in memory of Richard Russell Grimes.
Visit the Heartfelt Sympathies Store

We encourage you to share your most beloved memories of Richard here, so that the family and other loved ones can always see it. You can upload cherished photographs, or share your favorite stories, and can even comment on those shared by others. 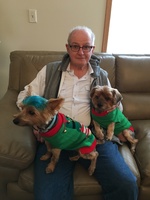 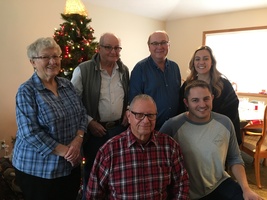 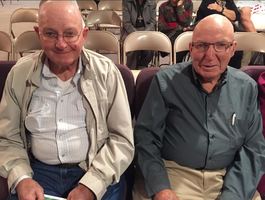