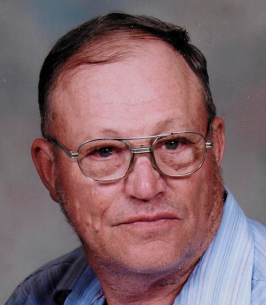 A Funeral Mass for Richard Gray, age 89 of O’Neill, will be 10:30 am Saturday, June 4, 2022 at St. Patrick’s Catholic Church in O’Neill. Burial will follow at 1:30 pm in the Highland Cemetery North of Lynch with Military Rites provided by the Lynch American Legion Post 228. Visitation will be Saturday from 9-10 AM at Biglin’s Mortuary in O’Neill. Richard passed away on Tuesday, May 31, 2022 at Good Samaritan Society in Atkinson, NE.  Arrangements are entrusted to Biglin’s Mortuary of O’Neill.

Richard Wesley Gray was born on February 10, 1933 in Lynch, NE to John and Vera (Mikkleson) Gray.  He grew up in the Lynch area and attended school there.  When his mother passed away in 1949, being the oldest, Richard helped his father raise his sisters.

Richard volunteered for the Air Force and entered service on June 12, 1952 and served 4 years.  Richard worked for the Chicago Northwestern Railroad from April 1960 until he retired in 1995.

In 1992, Richard received the Aksarben, Pioneer Farm Award; he was proud of the old Gray farm. Richard was a member of St. Patrick’s Catholic Church, the O’Neill American Legion Simonson Post 93, and the VFW. He enjoyed working on one cylinder gas engines in his spare time.