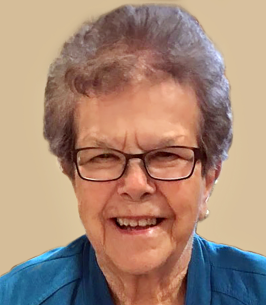 A Memorial Mass for Opal Bosn, age 93 of O’Neill, will be 10:30 am Saturday, August 6, 2022 at St. Patrick Catholic Church in O’Neill with Rev. Bernard Starman officiating.  Burial will follow in the O’Neill Cemetery. Visitation will be from 5-7 pm Friday, August 5, 2022 at Biglin’s Mortuary with a 7 pm Parish Rosary. Honorary pallbearers are Opal’s grandchildren: Christina Nelson, Nate Richards, Chelsea Bosn, Brett Bosn, Jessica Meyers, Matt Bosn, Jennifer Fowler, and Jack Sasek Bosn.  Opal passed away on Tuesday, August 2, 2022 at Arbor Care Center in O’Neill. Memorials may be given to St. Mary’s Schools or St. Patrick’s Catholic Church in O’Neill.  Arrangements are entrusted to Biglin’s Mortuary of O’Neill, NE.

Opal Elizabeth Fox was born October 7, 1928, in Atkinson to Charles and Elizabeth (Hoppens) Fox. She grew up in the Emmet and O’Neill area.

Where to begin on the life of this loving woman. Her husband and family were her greatest loves to which she gave all credit to God. Her home and purse always had a rosary handy. The calm she received from the rosary and prayer was evident.  Opal’s love of family began as soon as she was born into the large Fox family.  Her many brothers and sisters gave her the support, love, and laughter to start her out in life. Opal stayed home from school one year to help her mother with her younger siblings. She went to school the following year with Ruby, her sister and lifelong friend. Her nicknames in high school were “Apple” or “O Pal”. She graduated from Atkinson High School in 1947.

On September 4, 1950, she married George Bosn at St. Patrick’s Catholic Church. To this union, five children were born.  Opal retired from the business office of the O’Neill Country General S & S Store in 1992.

She loved going on drives with George in the country. At times, she kept track of the names of the many creeks along the backroads of NE. All the while listening to country music. She had the first collection of John Prine CDs before her children. She was an avid reader of all genres of books. Life threw her a major curve when she lost most of her vision to macular degeneration. She accepted it with grace and continued the prayers.

The loss of her son, Mitch, at the age of 27 from cancer was a lot to bear for a mother. Her prayers continued.  As a grandmother and great-grandmother, she truly shined. She would surround you with love and laughter. Good food too! Her family will honor her always with get togethers frying up “dog ears” (Mitch’s name given to fried bread at an early age).

She was also the family barber with the cape, scissors, and clippers handy even when her sons didn’t think they needed a haircut. Some of the nephews were sent to Opal’s house for their turn in the chair.

On the Bosn side she is survived by brothers-in-law: Don (Jackie) Bosn, Jerry Jefferies; sisters-in-law: Rosaline Gallagher, Jean Lucero, and Jean Bosn.

There are too many nieces and nephews to mention but know full well she always wanted to hear from you and loved you.

God’s blessings and thanks to the staff at the Evergreen Assisted Living, the Arbor Care Center, and the AseraCare (hospice) along with the kindness and humor always shown by Dr. Winkelbauer.