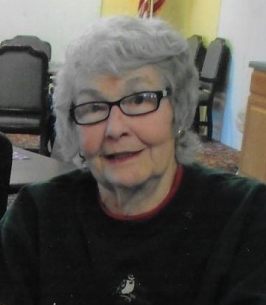 Graveside Services for Metha Doescher, age 87, of O’Neill will be in the O’Neill Cemetery at a later date. Metha passed away on Thursday, October 28, 2021 at the Arbor Care Center in O’Neill. Memorials may be directed to the family for future designation. Arrangements are entrusted to Biglin’s Mortuary in O’Neill.

Metha Marie Thomsen was born on January 17, 1934 in Yetter, Iowa to Kris and Anna (Ostrich) Thomsen. She graduated from Lake City High School in 1951. Metha then attended Clarkson College in Omaha, receiving her Bachelors of Nursing in 1955.

While in college, Metha met Dale Doescher. The couple married on May 18, 1956 in Omaha. To this union, three children were born; Debra, Julie, and Dave. They made their home in Omaha and Metha worked at Clarkson Hospital. The couple moved their family to O’Neill in 1968 when Dale was transferred for his job. While raising her family, Metha also taught CNA classes at the O’Neill Nursing Home. The couple moved again to Ft. Dodge, Iowa in 1978, then to Overland Park, Kansas, for a time. The couple retired in 1991 and moved to their lake home at Black Hawk Lake, Iowa. Then returned to O’Neill in 1995 to live closer to Debra. The couple also spent their winters in Florida to be near Julie.

Metha was a member of the Christ Lutheran Church in O’Neill and the O’Neill Antiques Club. She enjoyed playing cards, traveling with her family, and cooking for her family. Metha took great pride in her yard and always kept it looking good.

Metha’s Family would like to send a big thank you to the staff at Arbor Care Center and AseraCare Hospice for the excellent treatment that their mother received.