To share your memory on the wall of Mark Durre, sign in using one of the following options:

Mark was born April 27, 1959 to Ernest (Bud) and Patricia Durre in Atkinson, NE. Mark was the third oldest of 4 boys. Mark grew up on the ranch west of Chambers and graduated from Chambers Public High School in 1977. Following graduation, he began ranching the family homestead. Mark was united in marriage to Diana Hayes on September 15, 1979, at the First Christian Church in O’Neill, NE. To this union, three children were born; Doug, Michelle, and Derek. Mark attended the World-Wide College of Auctioneering in Mason City, IA in 1985 and began his journey into Auctioneering and Real Estate with his brother Mike. Mark owned and operated Premier Auto Care of O’Neill, spent time in auto sales and enjoyed his time as a Salesman for Schuler Manufacturing. Mark and Matt began M&M Auctions in 2003, only missing a few auctions throughout his lifetime and was active until his final days.

Mark was a capable man in almost anything. If it had to be done, he’d figure out a way to accomplish it. His favorite past-time was chatting for hours with friends and strangers who didn’t know they were friends yet. He was a humorous man, who enjoyed singing, sports, playing cards, hunting & fishing, and cruising in his automotive pride and joy – his 1952 Chevy 5-window pickup. He was a generous man who served many years as an Elder within the First Christian Church in O’Neill. He was a member of the Nebraska Auctioneer Association’s and participated in a number of other organizations. Above all, Mark loved his family dearly and just wanted to spend time with them in any capacity possible.

To send flowers to the family or plant a tree in memory of Mark James Durre, please visit our Heartfelt Sympathies Store.

Receive notifications about information and event scheduling for Mark

There are no events scheduled. You can still show your support by sending flowers directly to the family, or planting a memorial tree in memory of Mark James Durre.
Visit the Heartfelt Sympathies Store

We encourage you to share your most beloved memories of Mark here, so that the family and other loved ones can always see it. You can upload cherished photographs, or share your favorite stories, and can even comment on those shared by others.

Posted Apr 13, 2021 at 08:30pm
I knew Mark when he was a little boy when I came back from California for a visit. His mother and I were very close friends up until her death. Mark and Mike had the auction for my mom and dad's house and all the furnishing. I always liked Mark and am so glad I knew him. I know his family will miss him and my prayers go out to them. Betty Rossman, Mansfield, TX
Comment Share
Share via:
DR

Posted Apr 13, 2021 at 01:28pm
To the Durre family, our deepest sympathy and prayers. May God wrap his loving arms around you and give you comfort and peace.
Comment Share
Share via:
PB

Posted Apr 12, 2021 at 05:02pm
We are sorry to hear about Mark's passing. He would tell us some wonderful stories about the area as we dropped items off for him to auction. Sending our thoughts and prayers to the Durre and the M&M Auction family. Craig & Janet Breitkreutz C&J Services, LLC, Columbus, NE.
Comment Share
Share via: 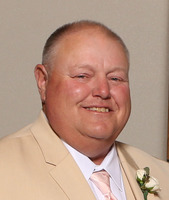