To share your memory on the wall of Luke Anderson, sign in using one of the following options:

Luke was born on July 30, 1988 to Ryan Anderson & Kari Colfack in O’Neill, NE. He attended school in Lake Andes, SD and O’Neill before dropping out to raise his oldest daughter. He later received his GED. Luke and Heather Babutzke had been engaged for six years when one Monday morning he told her to go ahead and get a marriage license. Luke knew that Heather needed an altar, so he made one out of a cattle panel and on that following Sunday, September 16, 2018 they were married at her family farm south of O’Neill, NE.

He worked for Christensen Farms and then for FCF Construction. His dream was always to start his own construction company.

He is preceded in death by: his mother, Kari Colfack; his twin sister, Kristine; and his grandparents, Virginia and Kenneth Anderson, and Benjamin Moore.
Read Less

To send flowers to the family or plant a tree in memory of Luke David Anderson, please visit our Heartfelt Sympathies Store.

Receive notifications about information and event scheduling for Luke

We encourage you to share your most beloved memories of Luke here, so that the family and other loved ones can always see it. You can upload cherished photographs, or share your favorite stories, and can even comment on those shared by others.

Guaranteed hand delivery by a local florist
AT

Posted Jul 24, 2020 at 02:41pm
My thoughts and prayers are with u all thru this hard time may god continue to be with u all. Luke was such a loving and kind person go rest high on that mountain. U and carolyn Larson can throw snowballs at us every winter lol. Rip luke fly high
Comment Share
Share via:
JC

So sorry for your loss. Know he is watching over all of you. God took him home to rest n be at peace. I believe Luke would want you all to do the same. You will see him again. Love ya all. 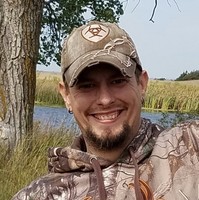