To share your memory on the wall of Lois Hamilton, sign in using one of the following options:

Lois Maxine Jones was born on February 17, 1931 in Atkinson, Nebraska to Lester and Erma (Smith) Jones. She graduated from Atkinson High School in 1949. Maxine loved to go to dances, and she met Claude “Todd” Hamilton one night on the dance floor.

Maxine married Todd on March 3, 1950 in O’Neill. The couple made their home in O’Neill for a couple years before moving to Stuart. They lived in Stuart from 1953 to 1970. They then returned to O’Neill and ran Mac’s Bar. In 1974, they then moved to Atkinson and ran Todd’s Bar. Maxine always enjoyed working alongside her husband. The couple sold the bar in 1989 and moved back to O’Neill. Maxine worked for ALCO for almost 10 more years.

Maxine was a talented quilter and seamstress. She liked to read and do word puzzles and in later years, watch the wildlife out her window. Maxine especially liked to spend time with her family.

To send flowers to the family or plant a tree in memory of Lois Maxine Hamilton, please visit our Heartfelt Sympathies Store.

Receive notifications about information and event scheduling for Lois

We encourage you to share your most beloved memories of Lois here, so that the family and other loved ones can always see it. You can upload cherished photographs, or share your favorite stories, and can even comment on those shared by others.

Posted Dec 12, 2020 at 09:32pm
So sorry to hear about the loss of your mother. My thoughts and prayers are with you all.
David Frickel
Comment Share
Share via:
DR

Posted Dec 10, 2020 at 11:08pm
My deepest sympathy to Lois's family. Lois was a nice lady and I always enjoyed visiting with her whenever I seen her. May the Lord comfort you all.
Comment Share
Share via:
PB 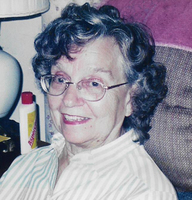