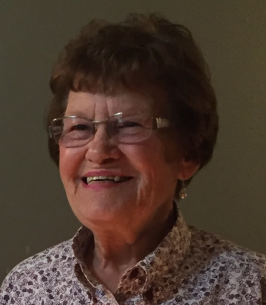 Funeral Services for Lillian Dick, age 84, of O'Neill will be at 2:00 pm Saturday, March 5, 2022 at Biglin’s Mortuary in O’Neill with burial in the O’Neill Cemetery.  Pastor Mark Hoffman will officiate.  Visitation will be from 1 to 2 pm Saturday at Biglin’s Mortuary prior to the service.  Lillian passed away on Wednesday, March 2, 2022 at Alpine Village Retirement Center in Verdigre, Nebraska.  Memorials may be directed to her family for future designation.  Arrangements are entrusted to Biglin's Mortuary in O'Neill.

Lillian Hannah Sandall was born on July 8, 1937 in Bassett, Nebraska to Archibald and Ruth (Barker) Sandall.  She attended country school north of Bassett, before graduating from Rock County High School in 1955.  Lillian then attended Wayne Normal School for a year.  She then transferred to the University of Nebraska at Lincoln and graduated in 1959 with a Degree in Home Economics.

Lillian met Clifford Dick at Camp Witness near Long Pine while she was in high school.  The couple later married on January 1, 1958 at the United Methodist Church in Bassett.  To this union, five children were born: Carmen, Dallas, Sherwin, Dawn, and Charlotte.  The couple made their home on a farm 2 miles Southeast of Inman.  They raised hogs, cattle, and milked cows together.

Lillian moved to O’Neill in the early 1990’s.  She worked for over 15 years as a Breakfast Hostess at the Holiday Inn Express.  Lillian enjoyed getting to know all the travelers that she got to meet.  She retired in October of 2019 due to health reasons.

Lillian enjoyed gardening, sewing dresses, baking bread, reading, and spending time with her family, especially her grandchildren.  She also enjoyed traveling, specifically her trip to visit the Holy Lands in Israel.  Lillian was a member of the Center Union Church and then a member of the Full Gospel Church in Ewing.