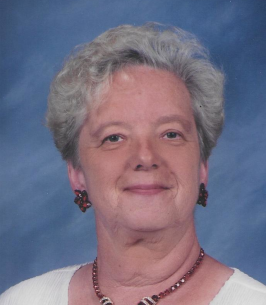 Memorial Graveside Services for Lila Beed, age 79 of Chambers, NE will be 7 pm Friday, August 5, 2022 at the Chambers Cemetery with Rev. Mike Durre officiating. Lila passed away on Tuesday, August 2, 2022 at Good Samaritan Society in Atkinson, NE. Memorials may be directed to her family for future designation. Arrangements are entrusted to Biglins Mortuary of O’Neill.

Lila Linn Bulgrin, was born on January 7, 1943.  She was adopted at the age of 3 by Erwin and Cora (Cotner) Bulgrin of Waco, Nebraska.  She grew up in the Waco and graduated from Waco High School in 1961.  Lila worked for several years as a nurse's aide.

Lila was a member of the Chambers Methodist Church where she played the organ and piano.  She loved her flower garden, cats, and driving around Chambers to see what was going on.

Lila was preceded in death by her parents; her husband, Robert Beed; and one step daughter.