To share your memory on the wall of Larry Waller, sign in using one of the following options:

Larry Bruce Waller was born on October 5, 1932 on the farm 2 miles north and ½ mile east of Winside, Nebraska to Leland Bruce “Jiggs” Waller and Leona Virginia (Schneider) Waller. He was baptized April 4, 1943 at the United Methodist Church in Winside, Nebraska.

Larry attended country school at District 24 in Wayne County, Nebraska and then attended high school in Winside, Nebraska. Larry entered the U.S. Army on January 21, 1953 stationed at Fort Polk Louisiana. He completed Military Police School at Fort Dix, New Jersey and then served as a Military Policeman while stationed at Eniwetok in The Marshall Islands from July 1953 to July 1954. Larry received his honorable discharge as a Corporal on January 20, 1955 from Fort Leonard Wood, Missouri.
On October 1, 1955 he married Marlene Lois Lehman at St. John’s Lutheran Church in Stanton, Nebraska. In May of 1958, Larry and Marlene moved to a ranch between Chambers and Ewing, Nebraska.

Larry was a member of St. Paul’s Lutheran Church in Chambers, Nebraska. Larry served a term as Treasurer and two terms as Elder. Larry was also member of the Chambers American Legion Post 320.

He was preceded in death by his parents; brother, Dennis Waller; and sister, Sandra Morrissey.

To send flowers to the family or plant a tree in memory of Larry Bruce Waller, please visit our Heartfelt Sympathies Store.

Receive notifications about information and event scheduling for Larry

We encourage you to share your most beloved memories of Larry here, so that the family and other loved ones can always see it. You can upload cherished photographs, or share your favorite stories, and can even comment on those shared by others.

Flowers were purchased for the family of Larry Waller. Send Flowers

Posted Jan 29, 2021 at 06:25pm
Marlene and family,
We are thinking of you at this time of loss. Will be keeping you all
in our prayers. Gosh, can't remember the last time i saw Wenonah!! HUGS

Flowers were purchased for the family of Larry Waller. Send Flowers 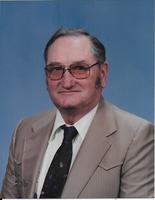