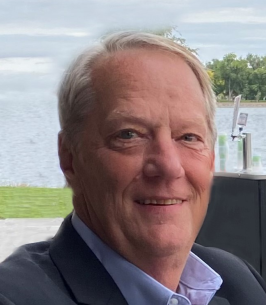 A Memorial Service for Kelly J. Appleby, age 67 of Omaha, NE formerly of O’Neill, NE will be at 11:00 am Saturday, August 13, 2022 at Biglin’s Mortuary in O’Neill.  Inurnment will follow in the O’Neill Calvary Cemetery.  Visitation will be on Saturday from 10:00 am until the time of the service.  Kelly passed away on Monday, August 1, 2022 at his home in Omaha.  The family suggests memorials to the American Cancer Society or O’Neill Irish Legion Baseball.  Arrangements are entrusted to Biglin’s Mortuary of O’Neill.

Kelly Appleby was born in O’Neill, Nebraska on March 22, 1955 to Fred and LaVonna (Moler) Appleby.  He graduated from O’Neill St. Mary’s High School in 1973 and attended Wayne State College where he pitched on the baseball team.

Kelly was a Sales Manager at Precision Industries / DXP Enterprises for 38 years and retired in 2020.  Kelly also assisted John Stella with the Omaha South Legion Baseball Program for a few years in the 1980’s.

Kelly enjoyed attending many sporting events in Omaha and around the country during his free time.  He enjoyed watching the Creighton Bluejays, and always was excited for his annual trip to St. Louis with friends and/or family members to watch his beloved Cardinals.  Kelly also went on many trips to NFL Stadiums to follow his nephew Miles Austin’s career in the NFL.  Kelly also enjoyed playing golf with his buddies on Fridays, and golfing with his brother on visits back to his hometown of O’Neill.

Kelly’s friends in Omaha were like family to him and all of them supported him during his decade-long battle with cancer, and specifically our close family friend Debbie Donohoe, whom we cannot thank enough for everything she did to help Kelly during his illness.

Kelly was preceded in death by his father, Fred; and brothers, Bruce Appleby and Chuck Appleby.