To share your memory on the wall of Kathy Fick, sign in using one of the following options:

Kathleen Clare Fick was born in O’Neill, Nebraska, on September 4, 1944, the daughter of Walter Sr. and Doris (Parks) Fick. The family made their home on the family ranch south of Inman. Kathy was an active 4-H club member and in 1960 went to the National 4-H Club Congress in Chicago, representing Nebraska in livestock loss prevention. She also won awards at the Holt County fair for her canning and pie baking. She graduated from Inman High School in 1962. Kathy attended the University of Nebraska briefly, but returned to Inman to help care for her ailing mother.

After her mother’s death, she moved to Phoenix, Arizona in 1965. There, for many years, she worked primarily as a hostess but also held several other positions including assistant manager for Bob’s Big Boy, a local restaurant. Kathy returned to school to earn her Pharmacy Technician certificate and enjoyed working with her customers until she retired in 2009.

In 2016, Kathy was reunited with her birth son Rob and they both relished getting to know one another and spending time together. She lived independently in her home with help from her son Rob and caring neighbors. Kathy really enjoyed being the guest of her neighbors at their holiday and family celebrations and spent many hours baking baklava and Christmas cookies to share with them. She was a 10-year survivor of cancer and overcame many of the challenges of later life as she became more restricted by failing health. Her friendly, caring demeanor was a comfort to many and she enjoyed chatting in person or on the phone. Kathy was able to travel to Nebraska for a visit at the ranch almost every summer, and for many years gained much enjoyment from her cats.

Kathy is survived by her son, Robert Schnuelle of Tempe, AZ and his daughter, Rebekah Polski of Madison, WI; three brothers, Gary (Mae Ellen) Fick of Ithaca, NY, Walter Jr. (Marilyn) Fick of Manhattan, KS, and Edward Fick of Inman, NE; and her sister, Debra (Terry Gibbs) of Kearney, NE. She also has many nieces, nephews, aunts, uncles and cousins.

Kathy was preceded in death by her mother, her father, and her sister-in-law, Kathy Faye Meyer Fick, Edward’s wife.

To send flowers to the family or plant a tree in memory of Kathy Fick, please visit our Heartfelt Sympathies Store.

Receive notifications about information and event scheduling for Kathy Fick

We encourage you to share your most beloved memories of Kathy Fick here, so that the family and other loved ones can always see it. You can upload cherished photographs, or share your favorite stories, and can even comment on those shared by others.

Posted Oct 05, 2020 at 01:33pm
I'm sorry for your loss. Kathy and I grew up together, we were classmates. Prayers and blessings to all the family.

Posted Sep 29, 2020 at 06:49pm
God Bless the family with precious memories. I enjoyed my visits with Walter and he gave me a
history book as my husband's grandparents Pearl and Katie sold the ranch to Walt and Doris...we
had many good visits. Dennis & Roxanne Ryan

Posted Sep 26, 2020 at 11:11pm
To Kathy's family. I spent many years with her. We were in school together and in 4-H for years. She was shy but a friend always. Have thought of her for years but didn't know where she was. Am happy that she got to spend time with her son. She was a special person who had a big heart for others, which alot of people never got to find out. Sincerely Carol Gaughenbaugh Henery

Posted Sep 24, 2020 at 03:08pm
To the Fick Family - I remember Kathy from 4-H oh so many years ago. The entire Fick family was always at the Holt County Fair and onward from there. They were a family to be proud of and Kathy was a very energetic person who always did well. She will be greatly missed, but know that she is in a painfree world now. Keep the many memories close to your heart as that will help you in the days ahead.
Comment Share
Share via:
FP 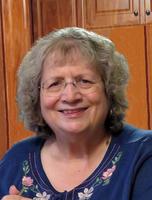