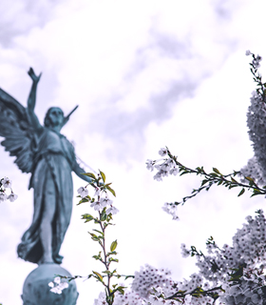 Private Graveside Services for Kathy Klinetobe, age 73, of O’Neill were held in the O’Neill Cemetery.  Kathy passed away peacefully surrounded by her family at her home in O’Neill.  Memorials may be directed to her family for future designation.  Arrangements are entrusted to Biglin’s Mortuary in O’Neill.

Katherine June Klinetobe was born in Lynch, Nebraska on April 16, 1949 to Dean and Iola (Johnson) Klinetobe.  She attended elementary school in Butte and then high school in Bloomfield.  Kathy then worked for a time at the Yankton State Hospital.

Kathy enjoyed drinking coffee every morning, having a cigarette, her cats and dogs, and collecting Owls, then Angels.  She especially enjoyed spending time with her family.