To share your memory on the wall of Judy Dankert, sign in using one of the following options:

Judith Marlene Booth was born on July 17, 1947 in O’Neill, Nebraska to Clarence and Nellie “Irene” (Smith) Booth. She graduated from O’Neill High School in 1965 were she participated in Pep Club. After graduation, she attended Lincoln School of Business.

Judy met Douglas Dankert on a blind date and the two were married at First United Methodist Church in O’Neill on August 17, 1968. To this union, two children were born; Mike and Shelly. Judy worked for a time at the O’Neill National Bank, then the Holt County Register of Deeds. She started Paint ‘N Play Ceramics Shop in 1977. Judy was an award-winning artist that created many figurines and Christmas Trees over the next 30 years. She enjoyed traveling to many Craft Fairs throughout north central Nebraska to sell her art and meet new friends.

Judy loved to garden (giving away many bushels of tomatoes throughout the years), her flowers, giving out holiday goodies and cookies, and she especially loved her dog, Tootsie. She was a member of the Chambers American Legion Auxiliary.

To send flowers to the family or plant a tree in memory of Judy Dankert, please visit our Heartfelt Sympathies Store.

Receive notifications about information and event scheduling for Judy Dankert

There are no events scheduled. You can still show your support by sending flowers directly to the family, or planting a memorial tree in memory of Judy Dankert.
Visit the Heartfelt Sympathies Store

We encourage you to share your most beloved memories of Judy Dankert here, so that the family and other loved ones can always see it. You can upload cherished photographs, or share your favorite stories, and can even comment on those shared by others.

Posted Sep 29, 2020 at 06:44pm
Bought many ceramics from Judy, she was a dear lady. Out thoughts and prayers to the family. God Bless.
Dennis & Roxanne Ryan
Comment Share
Share via:
LS

Posted Sep 22, 2020 at 09:41pm
My deepest sympathy to Judy's family. May God Bless and comfort you all during this difficult time.
Louise Sparks
Comment Share
Share via:
K

Posted Sep 19, 2020 at 03:27pm
We are sorry for your loss. Judy was a very creative lady and full of life. To bad that a disease can take that away. Our sincere sympathy to all. Boog and Karen Walters.
Comment Share
Share via:
K

Posted Sep 17, 2020 at 09:17am
Judy was a great lady, I remember spending hours at the shop with her and my mom, Beryl. And joining them for lunch at the Cafe. My condolences to Doug, Mike & Shelly, she will be missed.

Posted Sep 17, 2020 at 09:17am
Sorry to hear of Judy's passing. I think back on the times I visited her at the shop, always a fun time. You and yours are in our prayers. Bob & Carol
Comment Share
Share via: 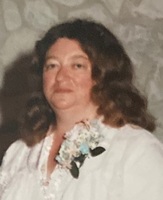