To share your memory on the wall of Joseph Fritz, sign in using one of the following options:

Joseph Leo Fritz was born on March 20, 1935 near Elgin, Nebraska to William and Eva (Gregor) Fritz. He attended country school through the eighth grade. Joe enlisted in the U.S. Army in 1955. He served as a Medical Tech in Indianapolis, Indiana. He was honorably discharged in 1957, when he returned to Nebraska.

Joe married Loreen McDermot on September 27, 1958 at St. Patrick’s Catholic Church in O’Neill. To this union, six children were born, Thomas, Nancy, Regina, Jeanne, Maria, and Matt. The couple made their home in Norfolk, where he worked for Northwest Electric as an apprentice, then as a licensed electrician until 1966. They then moved to O’Neill where Joe started Midwest Electric, owning it until retiring in 2003, after working as an electrician for over 50 years.

Joe enjoyed fishing, wood working, his vegetable garden, playing Sudoku, and watching Wheel of Fortune and Jeopardy. He was very handy and could fix anything. He also loved building clocks. Joe was a good person and was well thought of in the community. He loved his family dearly, especially his grandchildren and great grandchildren. Joe was a member of St. Patrick’s Catholic Church in O’Neill.

To send flowers to the family or plant a tree in memory of Joseph Leo Fritz, please visit our Heartfelt Sympathies Store.

Receive notifications about information and event scheduling for Joseph

There are no events scheduled. You can still show your support by sending flowers directly to the family, or planting a memorial tree in memory of Joseph Leo Fritz.
Visit the Heartfelt Sympathies Store

We encourage you to share your most beloved memories of Joseph here, so that the family and other loved ones can always see it. You can upload cherished photographs, or share your favorite stories, and can even comment on those shared by others.

Sandy & Debbie, Tractor and Sadie, and other have sent flowers to the family of Joseph Leo Fritz.
Show you care by sending flowers

Posted Sep 04, 2020 at 02:39pm
My sympathy and prayers to all of Joe's family. I enjoyed working for Joe. He was a very kind person.
Comment Share
Share via:
SD

Tractor and Sadie purchased flowers for the family of Joseph Fritz. Send Flowers

Posted Sep 02, 2020 at 09:04pm
Our sympathy and prayers to all of Joe's family. May memories help
in this difficult time.
Dennis & Roxanne Ryan
Comment Share
Share via:
KS

Posted Sep 02, 2020 at 05:31pm
Our Thoughts and Prayers are with You Maria Jeff and Your Family. Tish Dan and Annie, Chuck and Kathe 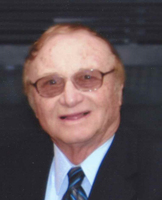 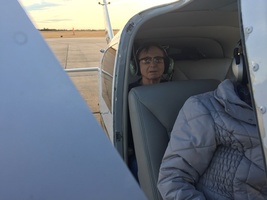 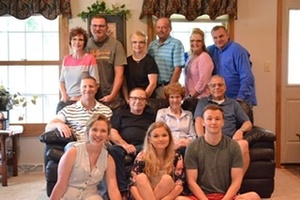 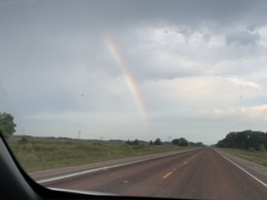