To share your memory on the wall of Jeannene Reninger, sign in using one of the following options:

Jeannene Georga Porter was born in Chambers Nebraska on July 11th of 1930, the fifth child of Frank and Francis (Snyder) Porter. Jeannene graduated from Chambers High School in 1948, where she is remembered for being on the girls' basketball team. When her children were young, it was common for the whole family to engage in a little basketball on the family driveway after dinner in the summer.

She married Normand Reninger in May of 1950 in Nebraska City, Nebraska. She had eloped with Pete Reninger much to her parents' chagrin, at least at that moment. However, all was well, Jeannene and family returned every year to Chambers to visit with parents and relatives. The date was typically the Fourth of July and there were always family barbecues and of course the fireworks show at the County Fairgrounds just outside of town.

Jeannene and Pete did a little time in Florida and then California and eventually ended up in Columbus Ohio where the children were born.

Jeannene was an accomplished homemaker giving birth to six children between 1952 and 1963 in Columbus Ohio. She was famous for her cooking and love of family. We were always impressed by her willingness to go along with our dad’s ideas. Whether it was bicycle riding on islands in the great lakes to sailing the waters of the Bahamas. She would even fish with him when the occasion arose.

Jeannene was always a faithfully follower of Jesus Christ and right up to the very end attended church weekly. She was also generous with her tithes to both the local church and Chambers Baptist.

To send flowers to the family or plant a tree in memory of Jeannene Georgia Reninger, please visit our Heartfelt Sympathies Store.

Receive notifications about information and event scheduling for Jeannene

There are no events scheduled. You can still show your support by sending flowers directly to the family, or planting a memorial tree in memory of Jeannene Georgia Reninger.
Visit the Heartfelt Sympathies Store

We encourage you to share your most beloved memories of Jeannene here, so that the family and other loved ones can always see it. You can upload cherished photographs, or share your favorite stories, and can even comment on those shared by others.

Posted Jul 21, 2020 at 07:30am
Vicki and I, offer our condolences to all of Jeannene’s family. We did not know her personally but know Jerry and his family. We are grateful she lived a full life with a loving family. Lyle Harvey
Comment Share
Share via: 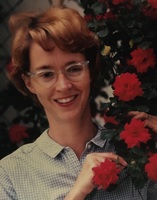