To share your memory on the wall of Irvin Farrand, sign in using one of the following options:

Irvin John Farrand was born on November 20, 1928 on the family farm at Dorsey, Nebraska, the seventh child and sixth son of William and Minnie (Gibson) Farrand. Irvin grew up on the family farm, which was homesteaded about 1881 by his great grandfather, Rev. D.W. Rosenkrans. He learned to do chores early in life. He loved tractors and as a small child, would go over the hill to the neighbor’s field and they would let him ride awhile with them. He attended country school at District #4. Although a good student, he had poor eyesight and did not attend high school.

Irvin learned to do field work early and was at home on a John Deere tractor. He and his brother Clarence farmed together. They put in irrigation, first a tow line and then changed to center pivot. Part of the farm was seven miles away and made for a lot of road travel with machinery. Many days were long hours in the field. He was proud of his John Deere 2510 tractor. He milked cows too, which added to chores, morning and night.

Irvin began to have health problems, so he decided it was time to sell out and retire to town. A home was bought in O’Neill, where he and his sister lived for 12 years. Growing things was in his blood and he raised a big garden which kept him busy. In 2000, Irvin went to Oregon with some family members to the Farrand Cousin Reunion, where he met all his cousins. Health problems made it necessary for another move to the Evergreen Assisted Living, where he lived for 12 years until his passing.

Irvin was a member of the Word of Life Christian Center. He helped with the church and the Christian School when he could.

To send flowers to the family or plant a tree in memory of Irvin John Farrand, please visit our Heartfelt Sympathies Store.

Receive notifications about information and event scheduling for Irvin

We encourage you to share your most beloved memories of Irvin here, so that the family and other loved ones can always see it. You can upload cherished photographs, or share your favorite stories, and can even comment on those shared by others.

Posted Nov 16, 2020 at 11:32pm
We grew up in the Farrand’s neighborhood. What sweet siblings...they were so kind. True rural Nebraskans with their strong work ethic and Christian living! Our sympathy goes out to the family. Lori Cole Hollenbeck
Comment Share
Share via:
DR 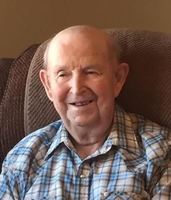