To share your memory on the wall of Harvey Pritchett, sign in using one of the following options:

Harvey Donald Pritchett was born to Joseph and Rose (Turay) Pritchett on March 15, 1962 at O'Neill, NE. He was the youngest of five children. He grew up northeast of O'Neill on the family farm and received his education at District 60 and O'Neill Public High School. He later made his home at Inman, NE. In his early years, he worked for Kiewitt Construction as a heavy equipment operator.

Harvey enjoyed spending time with his son Justin, being outdoors, going to auctions, collecting antiques, and his dog, Buddy.

Harvey struggled with alcohol abuse for the past 10 years. He was diagnosed with cirrhosis in September, 2020 which ended his life.

Harvey was preceded in death by his parents, Joseph and Rosey Pritchett; and his sister, Loraine Wabs.
Read Less

To send flowers to the family or plant a tree in memory of Harvey Donald Pritchett, please visit our Heartfelt Sympathies Store.

Receive notifications about information and event scheduling for Harvey

There are no events scheduled. You can still show your support by sending flowers directly to the family, or planting a memorial tree in memory of Harvey Donald Pritchett.
Visit the Heartfelt Sympathies Store

We encourage you to share your most beloved memories of Harvey here, so that the family and other loved ones can always see it. You can upload cherished photographs, or share your favorite stories, and can even comment on those shared by others.

Posted Dec 15, 2020 at 04:16pm
I am sorry to hear of this loss! Rest in Peace Harvey. Sending Prayers for comfort to the family
Comment Share
Share via:
DR 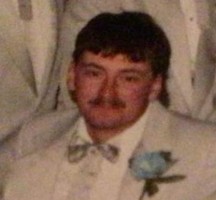