To share your memory on the wall of Gilbert Gramberg, sign in using one of the following options:

Gilbert (Gil) Gerhardt Gramberg was born near Wayne, Nebraska on September 2, 1929 to Ludwig Heinrich and Lucy Ann (Kester) Gramberg. Gil was raised on a farm outside of Wayne, Nebraska. He and his family worked hard doing every aspect of farming and ranching during a time when they farmed with teams of horses and raised, or grew, almost everything they needed. They had an outhouse and a hand pump well and a wood burning kitchen stove for heat. For years he went to a country school and graduated from Wayne High School in 1947.

Gil fell in love with, and married, his wife of 69 years, Bernice (Pingel) in Wayne, Nebraska. They made life-long friends every place they lived. Early in their marriage they were youth leaders and very involved with the Lutheran Church.

Gil served in the National Guard for eight years. Soon after high school, Gil began working for Safeway. He worked for Safeway in many different departments before becoming Manager. He successfully managed the Safeway store in O’Neill, Nebraska for many years before retiring after 35 years. After retiring from Safeway, he worked as a financial planner for two years then went to work for Country General and served in many capacities. Gil retired from Country General as manager of the O’Neill store. He was awarded Manager of the Year before retiring.

Gilbert and Bernice were members of Christ Lutheran Church in O’Neill, Nebraska. Gilbert volunteered for many church ministries and held various positions within the Church. Some of those being Church Council, usher, radio ministry, grounds maintenance, facility construction and maintenance, men’s ministry, fundraising, visitation, financial planning, vacation Bible school, and pre-school development. Gil also volunteered for many community projects and activities. He also worked on the development of a shooting range for the area.

Gil was close with his sons, Gary and Curt. He was a leader in Boy Scouts and helped them both become Eagle Scouts. He was involved with their sports and taught them many things, including hunting, fishing, woodwork, construction, gardening, business, faithfulness, mechanics, and so much more. He supported them and their families in everything throughout his life. He was a fun, loving grandparent and great-grandparent. He loved to laugh and was always ready with a good joke.

Gilbert was preceded in death by his parents Ludwig and Lucy Gramberg; his wife, Bernice; two brothers Dale and Kenneth Gramberg; and sister Rodella Wacker.

To send flowers to the family or plant a tree in memory of Gilbert Gerhart Gramberg, please visit our Heartfelt Sympathies Store.

Receive notifications about information and event scheduling for Gilbert

We encourage you to share your most beloved memories of Gilbert here, so that the family and other loved ones can always see it. You can upload cherished photographs, or share your favorite stories, and can even comment on those shared by others.

Kelly, Theresa, Kory & Audrey and Shaun and Jaime sent flowers to the family of Gilbert Gerhart Gramberg.
Show you care by sending flowers

Posted Dec 17, 2020 at 08:46pm
Mr. Gramberg was always a fixture in our lives and at our Lutheran church in O'Neill. Both of my kids went to CSU in Fort Collins and I wish I had know they were settled there. He will be missed as will his wife, however, they left a great example to follow.
Lynn Juracek
Comment Share
Share via:
KA

Shaun and Jaime purchased flowers for the family of Gilbert Gramberg. Send Flowers

Posted Nov 28, 2020 at 11:20am
Our sympathy and prayers to Gary, Curt and families. Great memories as Gil, the scout leader.
Sincerely
Dennis & Roxanne Ryan
Comment Share
Share via:
CP

Posted Nov 25, 2020 at 12:34pm
Deepest Sympathy to Gary, Curt, and families.
Many fond memories, favorite is playing pitch with him and Bernice at church adult fellowship.
Comment Share
Share via: 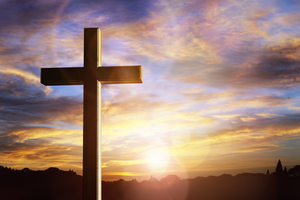 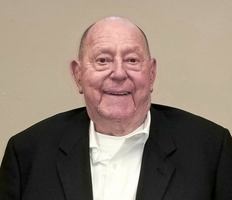 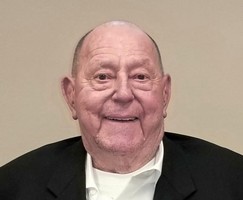