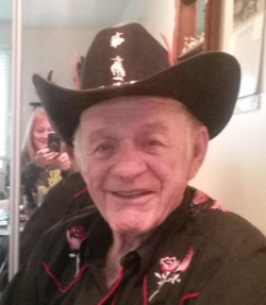 Funeral Services for Gary Sanders, age 81, of Harlan, IA, formerly of Spencer, NE, will be 11:00 am Monday, October 11, 2021 at Biglin’s Mortuary in O’Neill, NE. Pastor Brian Loy will officiate. Burial will follow in the O’Neill Cemetery. Visitation will be one hour prior to the service at Biglin’s Mortuary. Gary passed away on Wednesday, October 6, 2021 at Myrtue Medical Center in Harlan, IA. Memorials may be given to the family for future designation. Arrangements are entrusted to Biglin’s Mortuary of O’Neill, NE.

Gary Elmer Sanders was born on July 19, 1940 in Spencer, NE to Ervin and Minnie (Rouse) Sanders. He grew up and attended school in O’Neill, NE. On July 19, 1958, he married JoAnn Peters in Norfolk, NE. The couple lived in Inman for a short time before moving to O’Neill. Together, they had one daughter, Tina.

Upon retirement from the City of O’Neill in 1984, Gary and JoAnn moved to the farm near Spencer where they raised exotic animals, mainly birds. They also loved raising emus, bunnies, pheasants, fainting goats, chickens, horses, and many more over the years.

Gary and JoAnn enjoyed riding motorcycles in their younger years. The two also shared many hobbies: fishing, taxidermy, hunting, bird sales, and showing their coon dogs. They loved having family and friends visit the farm, and some can still see them standing by the gate waving as they honk and wave.