To share your memory on the wall of Gail Theye, sign in using one of the following options:

Gail Norman Theye was born on May 12, 1937 in O’Neill, Nebraska to Ralph and Rose (Lynch) Theye. He attended early elementary school in O’Neill before moving to Kansas with his family where attended Neville Rural School. He graduated from St. Francis Community High School in 1955.

Gail joined the Kansas Army Reserves in 1956. He later transferred to the Nebraska National Guard where he was a 1st LT Officer. He was Honorably Discharged after 14 years of service.

In May of 1958, Gail began working for Merri Dr. Pepper Bottling Company of O’Neill as a route salesman. This was back in the day when a bottle of pop was only 10 cents. He worked for the bottling company until 1962 when he went to work for Frito Midwest which later became Frito-Lay Inc. His got his first new route truck in 1963. He generally traveled 45,000 miles per year to 41 towns, which averaged around 900 miles a week.

Gail married Carolyn Fuhrer on June 30, 1973 in O’Neill, Nebraska. They built their home east of O’Neill. On the 160 acres of land they raised hens and geese and put up hay. Gail continued to work for Frito Lay until Dec 31, 1992, after 30 years of service. Gail spent another nine years working for Pepsi Cola and retired for good at the age of 65.

He belonged to the First Christian Church since 1965 and served as a Deacon on the church board for three years.

Gail was preceded in death by his parents; one sister, Helen Bradley; and one brother-in-law, Wayne Appleby.

To send flowers to the family or plant a tree in memory of Gail Norman Theye, please visit our Heartfelt Sympathies Store.

Receive notifications about information and event scheduling for Gail

We encourage you to share your most beloved memories of Gail here, so that the family and other loved ones can always see it. You can upload cherished photographs, or share your favorite stories, and can even comment on those shared by others.

Posted May 29, 2020 at 10:26pm
Carolyn...you have all my sympathy for your loss. You are in my thoughts and prayers. God Bless.
Louise parks
Comment Share
Share via:
DR

Posted May 27, 2020 at 02:52pm
Carolyn and Family,
Sincere sympathy for all of you. Gail was always so good to the kids when he and John worked together. You are in my thoughts and prayers.
God Bless
Kris Harvey
Comment Share
Share via:
RF 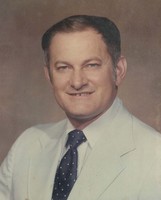