To share your memory on the wall of Emil \"Junior\" Adamson, sign in using one of the following options:

Junior Adamson was born to Carl and Hazel Adamson, He spent nearly all his life living and working in north central Nebraska, a place he loved through and through. In 1951 he married Annabelle Koenig of Ewing, beginning a loving marriage that would last nearly 70 years.

JR cut a wide swath. He was a big man, and so it stands to reason that everything he did was big. He was well-known around the state to be an exceptional man, and in nearly 95 years on this earth he compiled a big list of friends. Junior and Annabelle raised a big family who are proud of their hard-work and lifetime of accomplishments. As JR aged, he liked to recount stories from his life of wild memories; JR could tell a big story! With anyone other than him as the narrator, a reasonable person would assume they were just tall tales. JR had a twinkle in his bright blue eyes, though, that always sealed the deal. No matter how big or fantastic the story, you always left the table accepting it as an accurate account of history. JR was an entertainer, down to his core. If he wasn’t the host of the party, he was the life of it. He could keep you in your seat for hours with his stories, jokes, and his humorous perspective on whatever the subject at hand might be. His favorite days were sitting amongst a circle of loved ones, drinking beer, and recounting old stories, while listening intently to the new ones from his great grandkids.

A student of the 1930’s and a Korean War Veteran, JR Adamson was no stranger to hard work. In 1952 he began work in the beer industry as a distributor. There was no shortage of competition in those days but JR’s ethic regarding hard work served him well. The foundational success of the business he built can still be seen today in Adamson Distributing and Heartland Beverage – still operated by JR’s family.

Tall tales and cold beer aside, family was what JR held closest to his heart. That familiar twinkle always seemed the bluest while he’d hold his great grandbabies or tease them while they played – his Annabelle always by his side. “I love you, a bushel and a peck…” he’d sing each time a grandchild gave him a hug.

JR spent his life surrounded by good friends and family. He passed away last Saturday, June 20th in the same manner. He held Annabelle’s hand just as he had so many days before, and he was surrounded by the love of much of his family. JRs legacy of gathering folks together and telling stories will be missed. Rest assured; we’ll all do our best to continue it in his memory.

To send flowers to the family or plant a tree in memory of Emil "Junior" Adamson, please visit our Heartfelt Sympathies Store.

Receive notifications about information and event scheduling for Emil "Junior"

There are no events scheduled. You can still show your support by sending flowers directly to the family, or planting a memorial tree in memory of Emil "Junior" Adamson.
Visit the Heartfelt Sympathies Store

We encourage you to share your most beloved memories of Emil "Junior" here, so that the family and other loved ones can always see it. You can upload cherished photographs, or share your favorite stories, and can even comment on those shared by others.

The Knezovich Family sent flowers to the family of Emil "Junior" Adamson.
Show you care by sending flowers

Flowers were purchased for the family of Emil "Junior" Adamson. Send Flowers

Posted Jun 24, 2020 at 11:14am
Please accept our most heartfelt sympathies for your loss... Our thoughts are with you and your family during this difficult time.

Flowers were purchased and a memorial tree planted for the family of Emil "Junior" Adamson. Send Flowers

Posted Jun 24, 2020 at 07:44am
Our thoughts and prayers to your family. Sincerely, The Knezovich Family and K& Z Distributing Co.

The Knezovich Family purchased flowers and planted a memorial tree for the family of Emil "Junior" Adamson. Send Flowers 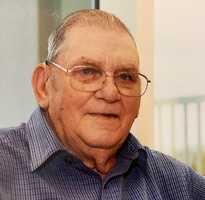 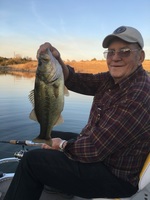