To share your memory on the wall of Donald Larson, sign in using one of the following options:

Donald John Larson was born on February 4, 1934 in Norfolk, NE to Leonard and Matie (Sydow) Larson. He grew up in Holt County and attended country school at District #5. He later moved with his family to the Wheeler County line and went to school at District #29. Don graduated from Wheeler Central as Valedictorian of his class in 1951. He continued his education at Wayne State receiving a Bachelor’s Degree in Education in 1955; and his Master’s Degree in 1974. While in college he was a member of Pi Omega Pi, a scholastic honor society for Business students. He began his teaching career at Creighton where he taught for a year and a half before joining the military.

Don enlisted in the U.S. Army, following training he spent 15 months overseas doing intelligence work, including a stint in Okinawa, Japan. After two years of service, he was honorably discharged in 1958, he moved to O’Neill and began teaching at the O’Neill Public School.

Don married Sharon Hartronft in Clearwater, NE on December 27, 1959. To this union three children were born; Rick, Greg, and Kathy. The family made O’Neill home where Don continued teaching at O’Neill Public Schools. He taught many subjects through the years, including Shorthand, Keyboarding, Computers, Business, and Accounting. Don took on a variety of different extracurricular roles as well. He was the senior class sponsor many years, Quiz-Bowl Instructor, yearbook sponsor, Aerie Staff, National Honor Society, and even spent one year as Athletic Director. He also worked as an Instructor for Northeast Community College for a time. Don retired in the spring of 1998.

Don was a member of the Christ Lutheran Church since 1959 and enjoyed being very active in his church. He enjoyed gardening, woodworking, and spending time with his family. Don was a member of the NEA and the NSEA.
Don is survived by his wife of 60 years, Sharon Larson of O’Neill; three children, Rick (Tammy) Larson of Omaha, Greg Larson of La Vista, Kathy (David) Crook of Kearney; six grandchildren, Travis (Chrissy) Larson, Jon Larson, Rebecca (Joshua) Miller, Tori Crook, Tristan Crook, Taylor Crook; six great grandchildren; and sister, Dorothy Mlinar of Atkinson.
Don was preceded in death by his parents, Leonard and Matie Larson; his brother-in-law, Harold Mlinar; and his niece, Nancy Funk.

Don would want his former students and fellow teachers to remember him as an individual that lived up to the motto, "Teaching touches a life forever".

To send flowers to the family or plant a tree in memory of Donald John Larson, please visit our Heartfelt Sympathies Store.

Receive notifications about information and event scheduling for Donald

We encourage you to share your most beloved memories of Donald here, so that the family and other loved ones can always see it. You can upload cherished photographs, or share your favorite stories, and can even comment on those shared by others.

Lori, Jen and family, Sara and Shad and family, Ni sent flowers to the family of Donald John Larson.
Show you care by sending flowers

Posted Aug 08, 2020 at 11:31am
Mr. Larson without a doubt was the best teacher ever. I cannot imagine how much our lives would have been different without his superb instructions. I honestly never ever saw him angry or out of line. He was very patient and helped us reach the ultimate in our abilities. I was a whiz at shorthand which impressed him a lot. I will never forget struggling with that old copy machine. What a mess. My condolences to Sharon and his family. Just know that your family was first but us students followed right along. He was a kind man. Will never forget him.
Comment Share
Share via:
C

Posted Jun 20, 2020 at 11:16pm
Thoughts and prayers to Mr. Larson's family. He was a good teacher with a patience for students like no other. He will be missed but will live on in the many students he taught.
Comment Share
Share via:
RR

Posted May 29, 2020 at 11:49pm
To Dons family,
Don was a wonderful and caring teacher who always took time for each and every student. I always had the utmost respect for him, I am truly sorry for this loss, and my deepest and most sincere sympathies go out to the family.
Rick L Rodgers
Comment Share
Share via:
N

Posted May 26, 2020 at 12:28pm
Thinking of you, Sharon, Kathy, Greg & Rick as you remember and celebrate Don’s life and his new life in heaven! So hard to go through this during the virus especially. Prayers for all of you and your families. Norma Horst Gauthier
Comment Share
Share via:
DR 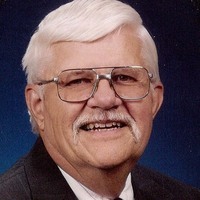