To share your memory on the wall of Donald Duffy, sign in using one of the following options:

Don was born on June 3, 1940 in Dixon, Nebraska to Alta and James. He was the youngest of four children. After graduating in 1958 from Laurel High School, Don met Mary Jean Mannion who would become ‘the love of his life’. The two met at the Laurel Bowling Alley in 1964 where friends agreed “He’s a pretty good-looking guy for a red head”. Don and Mary were married on August 20, 1966 and made their home in Laurel. Their daughter Susan was born in 1970 and the following year the young family moved to O’Neill where they quickly became active in St. Patrick’s Church and Don pursued his career with UPS. Their son David was born in 1973. Both Susan and David graduated from St. Mary’s High School in O'Neill, NE. The Duffy family have great memories of summers swimming in O’Neill pools, trips with cousins to Kansas City’s Worlds of Fun, and canoeing on the Niobrara River. In the winter, Don often took Susan and David snowmobiling on Holt County pastureland.

Don became a grandfather for the first time in 1989 with the birth of his granddaughter Samantha Asher. His grandson, Spencer Asher, was born in 1991 and a second granddaughter, Skylar, in 1997. Don has been their beloved ‘Papa Duffy’ ever since! He loved being with his grandchildren in Waverly, NE and watching them participate in their many activities including golf, trap shooting, football, and dance.

Don retired from UPS in 1999 after 29 years of dedicated service. He drove a familiar route throughout Holt and Rock Counties delivering packages and making many friends along the way.

Don was a member of Alcoholics Anonymous. He was devoted to the work, message, and members of local chapters. Most importantly, Don valued his time at Valley Hope where he impacted many lives through his compassion and service. He will be greatly missed!

Don loved golfing! He especially loved golfing with Mary in tournaments around the area. Don was also an avid fisherman and hunter. He especially enjoyed hunting with his childhood friend who was disabled. When Don wasn’t on the golf course, you could often find him in the St. Mary’s gym cheering on the Cardinals. He was their biggest fan!

Most recently, Papa Duffy loved spending time with his great-grandchildren, Claire and Callum Penas, ages 5 and 2. Oh how they have made him laugh! He especially enjoyed watching the O’Neill St. Patrick’s Day Parade with them and was beginning to share his love for the game of golf. Papa Duffy will always be remembered for his generosity, loyalty, and hearty laugh. Above all, he will be remembered as a devoted and loving family man and a person who lived by faith and prayer.

Don is preceded in death by his son David who passed in 1990; his parents, Alta and James; and brothers, Jack and Bernard Duffy.

Don was a beloved husband, father, grandfather, great-grandfather, uncle, cousin, and friend to many.
Read Less

To send flowers to the family or plant a tree in memory of Donald Joseph Duffy, please visit our Heartfelt Sympathies Store.

Receive notifications about information and event scheduling for Donald

We encourage you to share your most beloved memories of Donald here, so that the family and other loved ones can always see it. You can upload cherished photographs, or share your favorite stories, and can even comment on those shared by others.

Love, Steve and Elizabeth Mannion, Love, Keith and Penny, and other have sent flowers to the family of Donald Joseph Duffy.
Show you care by sending flowers

Posted Feb 11, 2021 at 10:20pm
Don was an amazing person always their for you when you needed to talk and he always had the greatest advice. I met him when I was 5 years old and always enjoyed seeing his smile when he came up and talked to me he helped my mom get through AA and I was always at the meetings with my mom and always seen Don he was like a father figure to me and my brother Nick he will definitely be missed
Comment Share
Share via:
BW

Posted Jan 28, 2021 at 02:52pm
I have so many memories of Good times with Don and Mary. This tree will bring many years of tribute to a wonderful man.

Posted Jan 28, 2021 at 12:31am
My deepest sympathy for the loss of your beloved husband, dad and papa. I know he was very loved and will be greatly missed. Hugs & prayers for all!

Posted Jan 26, 2021 at 10:53pm
Mary and family....you have my deepest sympathy for your loss. I know Don will be missed by many. You are in my thoughts and prayers. Louise Sparks
Comment Share
Share via: 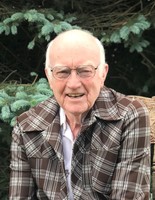