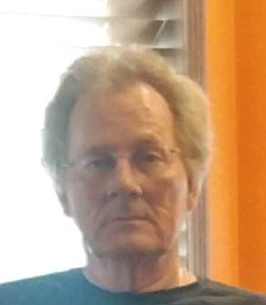 Following Don’s wishes, there will be no memorial services at this time. Don passed away at his home in O’Neill at the age of 65.

Don Brotsky was born in Winner, SD on September 8, 1956 to Leo and Irene Brotsky. The family moved to Bassett, NE in 1958. Don attended grade school in Bassett up until the family moved to Douglas, WY in 1967. They were there for a couple of years and then returned to Atkinson, NE in 1969. Don graduated from West Holt High School in 1974 and enlisted in the United States Air Force. After his enlistment, he moved to Minneapolis, MN and attended Brown Institute earning an associate’s degree in Electronics Technology.

Don worked several positions over the next several years which took him to many states. He returned to O’Neill a few years ago because of health issues and to be closer to family.

Don was preceded by his parents; brother, Jay Brotsky; and his grandparents.