To share your memory on the wall of Cathy Menish, sign in using one of the following options:

Cathy Marie Winkelmann was born on Nov 1, 1956 in Wayne, NE to William and Mary Ann (Larsen) Winkelmann. She attended school in Wayne until 11th grade, when the family moved to Wisner, NE. She graduated from Wisner/Pilger Public High School in 1975. Cathy then moved to Norfolk and on October 6, 1978, she welcomed her first child, Jennifer Marie Winkelmann.

Cathy moved to O’Neill in 1994 where she worked at Alco for the next 18 years. She met Dan Menish in 1996 and the two later married on July 24, 2009. On March 8, 1995, Cathy joined the O’Neill Fraternal order of Eagles where she became active as a local officer filling all the chairs in the Eagle organization. Cathy and Dan loved to travel, visit museums, and visit other Eagles Clubs across the state. They both could often be found volunteering at the O’Neill Eagles club as they were both longtime members until Dan passed in February of 2020. Cathy served as the president of the O’Neill Auxiliary from 2001 to 2003. She continued serving her local Auxiliary as an officer until 2015 when O’Neill consolidated with the Norfolk Auxiliary. Cathy joined the Nebraska State Auxiliary and was a State Officer from 2005-2006 and again from 2009-2017. From June 2019 to May 2020, Cathy served as the State Membership Chairperson.

Cathy’s love of crafting was evident everywhere she went. Her hands were never idle, making items for her small business, Cathy’s Creations, and the state charity. When the state needed a fundraiser, Cathy suggested having crafts sold at the State Convention which was very successful. Every St. Patrick’s Day, if she wasn’t in the Parade, she always had a craft table set up in front of the Eagle’s Club. She would sell her crafts, root beer floats, hot cocoa, green hats and scarves, to raise money for the many charities that she supported.

Cathy was preceded in death by her mother; her husband, Dan Menish in 2020; and sister, Julie Larsen.
Read Less

To send flowers to the family or plant a tree in memory of Cathy Menish, please visit our Heartfelt Sympathies Store.

Receive notifications about information and event scheduling for Cathy Menish

There are no events scheduled. You can still show your support by sending flowers directly to the family, or planting a memorial tree in memory of Cathy Menish.
Visit the Heartfelt Sympathies Store

We encourage you to share your most beloved memories of Cathy Menish here, so that the family and other loved ones can always see it. You can upload cherished photographs, or share your favorite stories, and can even comment on those shared by others.

Posted Nov 17, 2020 at 10:41am
Heartfelt sympathy to Cathy's family. She will be greatly missed. Cathy had a beautiful smile!
Anita and Bill Babutzke
Comment Share
Share via:
JM

Posted Nov 17, 2020 at 09:00am
To all of Cathy's family our most sincere sympathy! She was such a nice lady with a heart of absolute gold. Her crafty hands have made many a product that I proudly still wear and use. Forever friend to many, her hand working hands are at rest now and she will remembered always in our hearts. RIP Cathy your reward is now in heaven.
Jeff and Mary Jo Petersen
Comment Share
Share via:
LS

Posted Nov 16, 2020 at 03:41pm
My deepest sympathy to Cathy's family. She was always cheerful and friendly. May God Bless and comfort you all in the difficult times.
Louise Sparks
Comment Share
Share via:
DP

Posted Nov 16, 2020 at 02:42pm
Sorry to hear of Cathy’s passing, Dallas and I worked along side of Dan and Cathy a lot in the Eagles Club over the years. She was always willing to volunteer whenever needed at the club, lots of fun times and late nights. Prayers to the family .
Comment Share
Share via:
ST 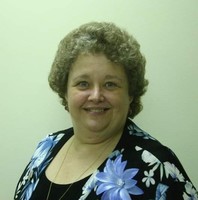