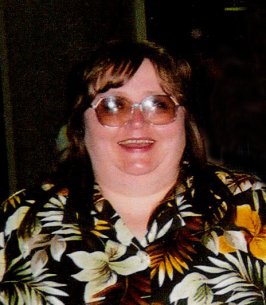 A Funeral Mass for Bridget Ramold, age 63, of Yankton, South Dakota will be at 10:30 am Friday, July 22, 2022 at St. Patrick’s Catholic Church in O’Neill, Nebraska with burial to follow in the O’Neill Cemetery.  Fr. Bernard Starman will officiate.  Visitation will be from 5-8 pm Thursday, July 21, 2022 at Biglin’s Mortuary in O’Neill with a 7 p.m. Parish Rosary.  Bridget passed away unexpectedly on Thursday, July 14, 2022 at her home in Yankton.  Memorials may be directed to her family for future designation.  Biglin’s Mortuary in O’Neill is in charge of arrangements.

Bridget Agnes Ramold was born in O'Neill, Nebraska on December 26 1958 to Joseph and Bridget (Boyle) Ramold.  She was one of 11 children.  She attended St. Mary's High School in O’Neill where she was on the Drill Team and acted in the yearly musicals.  Bridget graduated in 1978.

After graduating, she moved to Norfolk and started working for Dale Electronics as a laser operator until 1983, when she moved back later to the O'Neill area to work in home health care.

In 1992, Bridget moved to Yankton, South Dakota to work at Gurney’s Nursery until it closed in 2000, then Shurco/Truxedo until 2016.  Bridget was currently working for Cura at the Human Services Center as Kitchen Supervisor at the time of her death.

She loved watching the Nebraska Huskers, reading books, & collecting cardinal figurines.  Bridget had been a member of the Legion of Mary when she was in school.