To share your memory on the wall of Bob Morrow, sign in using one of the following options:

Virgil Robert (Bob) Morrow was born January 12,1944 to Virgil and Zola (Sholes) Morrow in Leavenworth, Kansas. Bob was baptized at the United Methodist Church in Inman, NE, and in 1962 graduated from Inman High School. Upon graduation he attended Universal Trade School in Omaha, NE, after which he returned to O’Neill, NE to work for William Krotter Co, and Eby’s Incorporated. Following a short time at each of these, he opened his own full service gas station, Bob’s Mobil, in downtown O’Neill and operated it for about ten years. After over a decade of being a mechanic, he spent about 12 years as the parts manager at the Ford Garage in West O’Neill, earning several awards in sales. Next, Bob moved into a completely different kind of work becoming a weatherization technician at Central Nebraska Community Services. There he finished out his career in public service and entered retirement, but this never meant slowing down. Bob spent the rest of his life working on the family farm and building homemade furniture and knickknacks for family and friends. These were some of his most enjoyable years of retirement.

Early in his career Bob met his wife Veldeen Pinkerman of rural Lynch, NE. The couple married October 17, 1964 at the O’Neill First Presbyterian Church. To this union three sons, Greg, Kevin and Kelly, were born. Bob loved live music, and in their early years he and Veldeen spent many weekends attending local dances where Bob was known as a good dancer. Throughout Bob’s life he enjoyed hunting, fishing, bird watching, and, in general, appreciating the outdoors. When not working at the farm, restoring a car, or at home on a home improvement project, he took great pride in helping his own children with any kind of home project they might have. Bob could fix, install, build, or problem solve almost any challenge he was confronted with. He took great pride in all of his work and never left a project uncompleted. These same values were instilled in his own children and passed along in his important role as grandpa as well.

Bob was preceded in death by his parents Virgil Morrow and Zola Keil and one grandson Blaine Morrow.

Bob passed away on Sunday, November 8, 2020 at Avera St. Anthony’s Hospital in O’Neill at the age of 76. He will be loved, missed, and remembered by all who knew him.
Read Less

To send flowers to the family or plant a tree in memory of Bob Morrow, please visit our Heartfelt Sympathies Store.

Receive notifications about information and event scheduling for Bob

There are no events scheduled. You can still show your support by sending flowers directly to the family, or planting a memorial tree in memory of Bob Morrow.
Visit the Heartfelt Sympathies Store

We encourage you to share your most beloved memories of Bob here, so that the family and other loved ones can always see it. You can upload cherished photographs, or share your favorite stories, and can even comment on those shared by others.

CARQUEST FAMILY, Richard Keil and Family, and other have sent flowers to the family of Bob Morrow.
Show you care by sending flowers

Posted Nov 12, 2020 at 03:07pm
I am sorry for your loss. Sending my deepest sympathy. You are all in my heart and prayers.
Love, Patricia Jackson
Comment Share
Share via:

Posted Nov 11, 2020 at 03:32pm
Veldeen and family, so sad for your loss. What a blessing that all his suffering is done. Take care. Anita and Bill Babutzke
Comment Share
Share via:
MK

Posted Nov 10, 2020 at 04:56pm
Our thoughts are with you all as you celebrate the life of such a good man. May God bless you with many happy memories. The Carlini Family 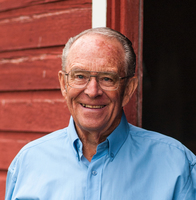