To share your memory on the wall of Alberta Breyer, sign in using one of the following options:

Alberta Marie Boucher was born on September 4, 1928 in Dallas, South Dakota to Jacob and Libby (Moses) Boucher. Alberta graduated from Naper High School and obtained a Teaching Certificate from Wayne State College. While teaching country school in rural Boyd County, she met Everett Breyer who came to the school to play his accordion for the children. Everett won Alberta’s heart and they were married on June 13, 1948 in Naper in a double ceremony with Alberta’s twin brother Alfred. Alberta and Everett farmed south of the Twin Buttes in Boyd County and had four children; Marla, Gloria, Randall and Lynnelle. They were members of and helped build St. Paul Lutheran Church in Naper, and later were members of Beautiful Savior Lutheran Church in O’Neill.

Alberta was a prolific gardener, filling the freezer and cupboards every year. Alberta also loved sewing. She sewed many garments for the family and has mended or altered clothes for anyone who would ask. Many people who knew Alberta have some of her hot pads. Alberta was also a great partner to have in a game of pitch or pinochle.
After retiring in 1990, Alberta and Everett moved to O’Neill. Alberta loved traveling on bus tours along with Everett to all corners of the United States.

To send flowers to the family or plant a tree in memory of Alberta Marie Breyer, please visit our Heartfelt Sympathies Store.

Receive notifications about information and event scheduling for Alberta

There are no events scheduled. You can still show your support by sending flowers directly to the family, or planting a memorial tree in memory of Alberta Marie Breyer.
Visit the Heartfelt Sympathies Store

We encourage you to share your most beloved memories of Alberta here, so that the family and other loved ones can always see it. You can upload cherished photographs, or share your favorite stories, and can even comment on those shared by others.

Posted Dec 18, 2020 at 05:50pm
Our sympathy and prayers to the family.
Whenever I helped Alberta thro Carhart Lumber she was such a pleasant lady,
Dennis & Roxanne Ryan
Comment Share
Share via:
RD 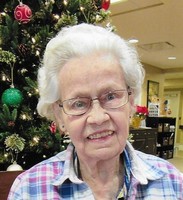